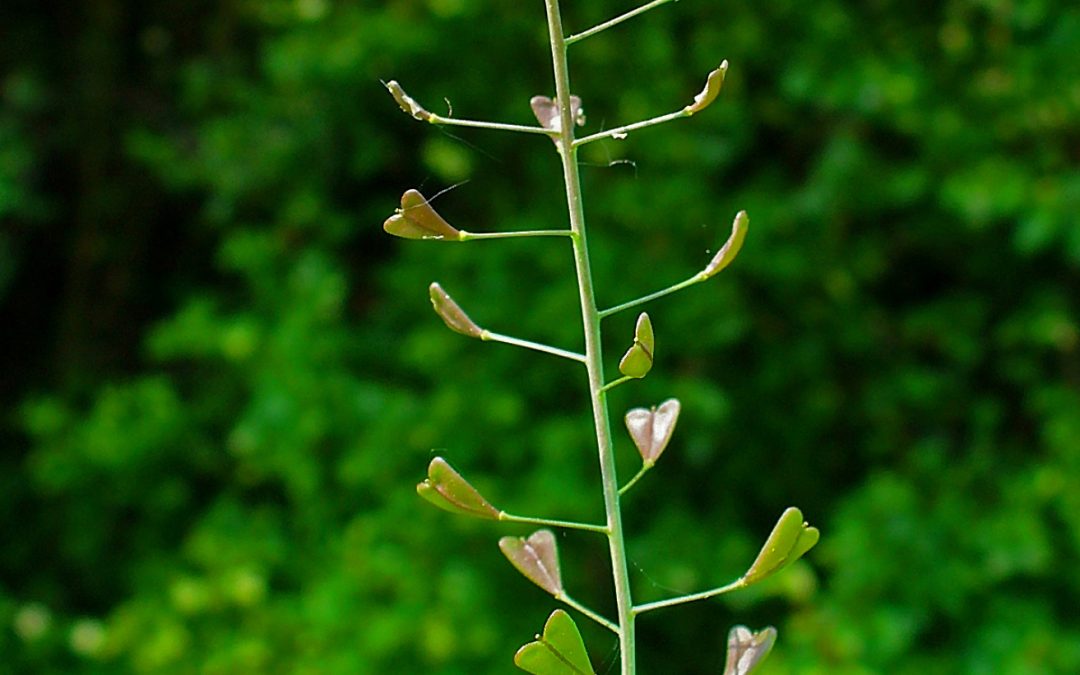 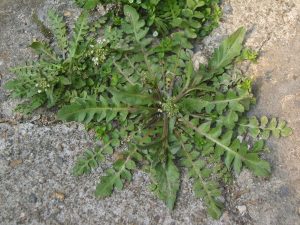 Botany & Identification: A variable annual or biennial plant with an erect main stem which grows from 3cm to 40cm depending on its conditions. The stem can be hairy or smooth. It grows from a basal rosette of leaves, which can be anything from deeply pinnate to barely toothed. It is very variable probably due to its tendency to self-pollinate. Flowers appear in erect racemes, are white and up to 2.5mm across. They have the classic cruciferous pattern of four petals in a cross shape. Fruits are erect, like triangles standing on their points, often described as ‘purse-like.’

Growing & Harvesting:  Shepherd’s Purse is well suited to growing on disturbed and cultivated soils. Easily found in the cracks of pavements, wastelands, roadsides, and widespread throughout Britain. It is best to harvest between April & June, though the plant can be available all year round. Only harvest plants that are free from a white fungal coating.

Edibility & Nutrition: The whole of Shepherd’s Purse is edible, and is rich in vitamins A, B, C and K and the minerals listed below. In Japan it is widely cultivated as a vegetable.

Energetics & Qualities: Drying, Warming (or Cooling – Herbalists present with different opinions on whether this plant is warming or cooling – I consider it warming personally). Decongesting, stimulating, restoring 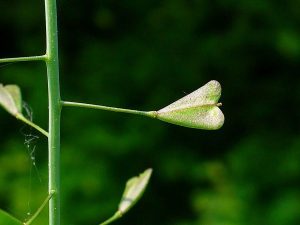 “Perhaps the most important cruciferous plant of medicinal use” (Barker)

Its haemostatic properties are said to be lost when dried, so use the fresh plant.

Infusion dose is up to 5g per cup (except in a first aid situation when treatment should continue until bleeding stops). For menstrual bleeding, drink a cup of infusion every 2-3 hours just before and during the period.

Shepherd’s Purse can stimulate uterine contractions so it should be avoided during pregnancy. If taken in therapeutic doses over longer periods it can depress thyroid function. This is because the break-down products of glucosinolates in the Brassica family can inhibit the uptake of iodine by the thyroid. Large and persistent doses can cause heart palpitations.

Julian Barker (2001) The Medicinal Flora of Britain and Northwest Europe