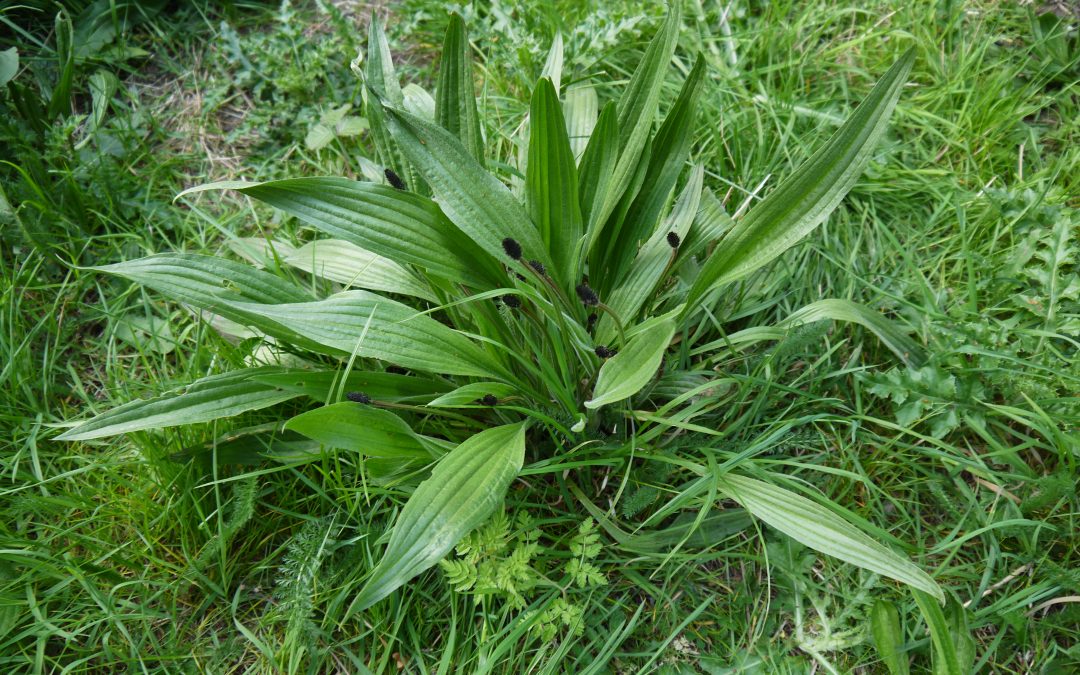 Identification:  There are two very common species of plantain, Plantago major & Plantago lanceolata, and both can be used in herbal medicine. They are both widely available perennial weeds, popping up on lawns, on roadsides and between cracks of pavements.

Growing: No need, very easily harvested from the wild. Succeeds in any moderately fertile soil in a sunny position 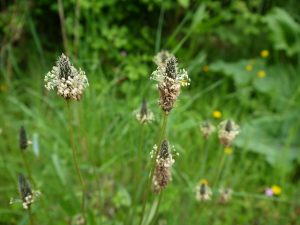 In the Highlands of Scotland Plantain is called ‘Slan-Lus’ – the plant of healing, for its great reputation as a wound healer.

Erasumus, in his book Colloquia, tells a story of a toad that was bitten by a spider, but immediately chewed on a Plantain leaf, relieving itself of any ill effects of the poison. In the US the plant is called ‘Snake Weed’ due to belief in its use for bites from venomous creatures. A similar story is told of a dog that was one day stung by a rattlesnake. It was in great agony, and someone applied the juice of plantain and salt to its wound, after which it made a full recovery. As Plantain arrived in America and New Zealand with the migration of the colonists, it was named ‘White Man’s Foot’ by indigenous peoples.

The Anglo-Saxons esteemed Plantain very highly. Weybroed (Waybread) was held as one of nine sacred herbs in their old herbal the Lacnunga, where it was part of the Nine Herbs Charm along with Mugwort, Lamb’s Cress, Cockspur Grass, Chamomile, Nettle, Crabapple, Chervil & Fennel.

The Physicians of Myddvai used it to draw out splinters, and in plasters for bruises, and made a lotion of it with Honeysuckle, white Rose and camphor to soothe inflammation.

In Britain the plant was also known as Angel’s Harps, as when the leaves are pulled apart, the fibres can be seen in a harp like formation.

Plants for a Future  www.pfaf.org