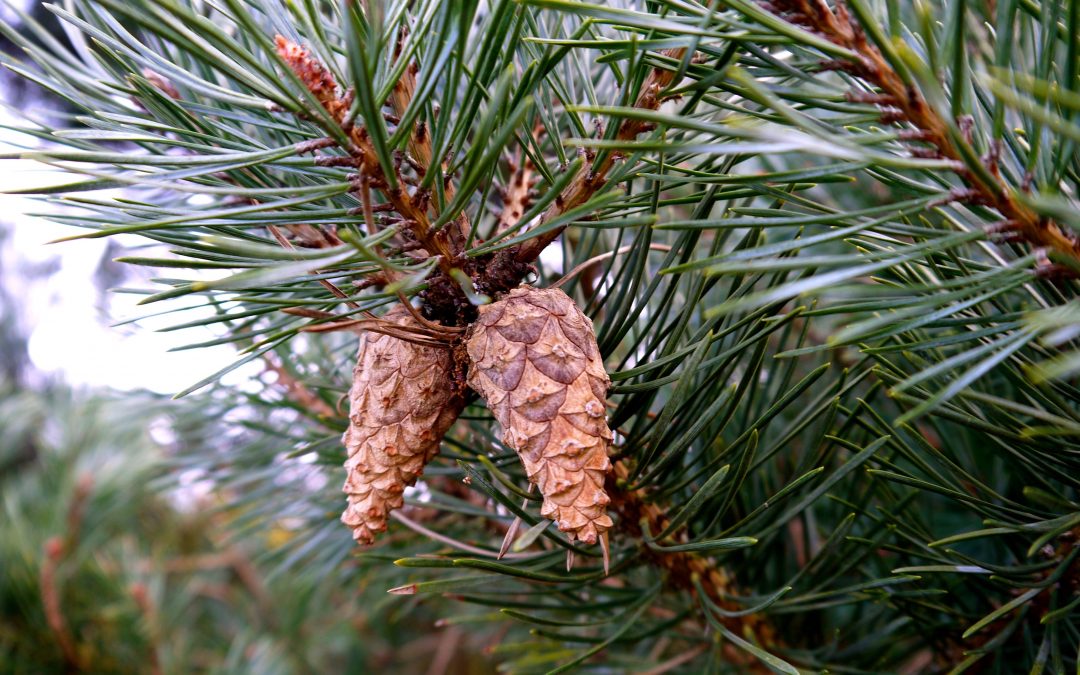 Botany & Identification: The genus Pinus contains between 90 and 120 species (varying between taxonomic approaches).The ancestors of today’s pines colonised the earth during the Jurassic Age, 300 million years ago. The contrast of soft grey foliage and orange-pink bark makes Scot’s pine one of the prettiest pine trees. Native to Scotland and a wide range from Spain to the Caucasus, scattered natural forests remain in the Scottish Highlands. These patches are now known as the ancient Caledonian pine forests which once used to cover Scotland before the Highland clearances & mass deforestation. The bark initially grows red-grey scales, and then papery orange-pink bark intensifies with age in the top half of the tree. The leaves are split into bundles of needles, and emerge in twos from each bud in this particular species. Usually they are without lower branches. The cones are slim, 5-8cm long. They exude a pungent, sticky resin from the bark, especially where it has been injured.

Ecology: Pines are suited to growing in harsh environments and are abundant throughout the Northern Hemisphere. They often act as a pioneer species, the first to colonise a new area and then create a suitable ground for other more ecologically specific species to grow. In their natural habitat they rarely crowd each other, leaving plenty of gaps for sunlight to penetrate the canopy.

Growing & Harvesting: the leaves and young shoots should be harvested in the spring and dried for later use. They can be kept for up to a year in a sealed container. Only use dried needles while they still have their scent. When harvesting, be sure to gather the shoots from the sides of the tree; if you harvest at the very top of the tree its growth will be stunted. Harvest pollen in the early spring, when the male catkins are fully packed.

Edibility & Nutrition: The buds & needles of the pine are edible, and are high in vitamin C & aromatic compounds making them a good flavouring for drinks. The pollen is exceptionally nutritious – a complete protein & packed full of minerals & vitamins. The kernels are delicious and contain essential fatty oils. The inner bark can be eaten, but was only gathered and used in making bread during times of famine. 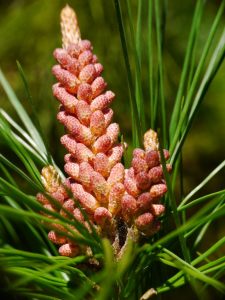 Pine is generally safe & well tolerated. In individuals with allergic tendencies, test a small amount first. Never use essential oils undiluted on the skin, or internally. The pollen is contraindicated for children & adolescent males.