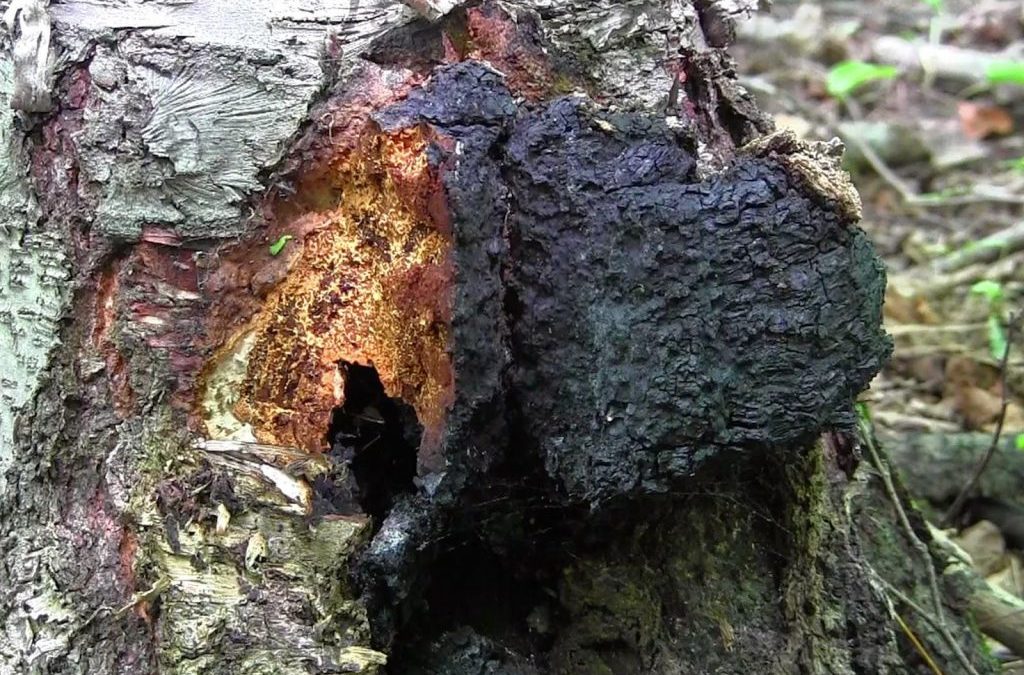 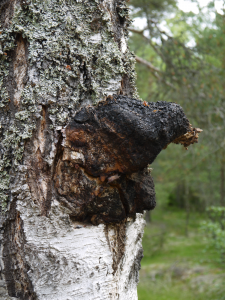 Mycology & Identification: Inonotus obliquus is a parasitic fungus which grows beneath the bark or outer layers of wood on living, dead, standing or falling trees, erupting into conspicuous black conks, generally on birch but occasionally on other broadleaved species. It produces a conk of 25cm-40cm across, which is black, deeply cracked, very hard & brittle when dry, described as having a ‘tumour like’ or ‘burnt’  appearance. Unusually for a fungus the visible growth is not the fruiting body, but a sclerotia or mass of mycelium coloured black due to its high melanin content. The sterile conk breaks out through the bark after many years of infection inside the tree. The period between infection and tree death is usually around 20 years, but can be much longe

Chaga’s distribution is in the high latitude boreal forests of Northern Europe, Asia & North America. Only one birch in every 15,000 bears Chaga. 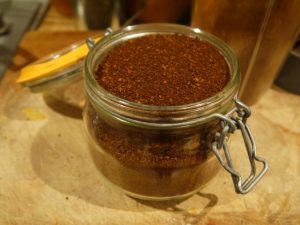 Publicity and marketing around Chaga’s medicinal properties have led to it being systemically harvested for commercial production, and resulted in the wild population being greatly diminished in some areas. As a result Chaga is now widely cultivated, though many experts say that the cultivated conks do not contain comparable amounts of beneficial constituents to their wild counterparts.

As the part of the fungi used for medicine is not a fruiting body, but the actual myco-organism, wild harvesting without enough care and attention will remove the whole fungus which won’t be able to regrow. Siberian research showed that mushrooms between 15 and 30 years old are most prized, and so it is extremely important to harvest only a small amount of a single conk per tree, so that these mature fungi can regenerate.

Constituents: Unusually for a medicinal mushroom, some of Chaga’s most important constituents are derived from the bark of its host tree, the birch.

“pulls in extremes, sends energy down through a center” (Ullian)

Historically prepared as a hot water extract. Simmer on a low heat for as long as possible e.g. up to five days. One way of doing this is to fill a thermos with water that is cooler than boiling temperature, and then add the ground chaga and leave it for two to three days.

Chaga is generally safe & non toxic. It is not usual for people to have allergic reactions to it. Some authors caution against taking it alongisde penicillin, and intravenous glucose, and anticoagulants like aspirin, warfarin, dabigatran etc.

Gillam, Fred (2016) ‘Native Medicinal Mushrooms: An Overview of their Therapeutic Potential’ in The Herbalist, pp.3-6