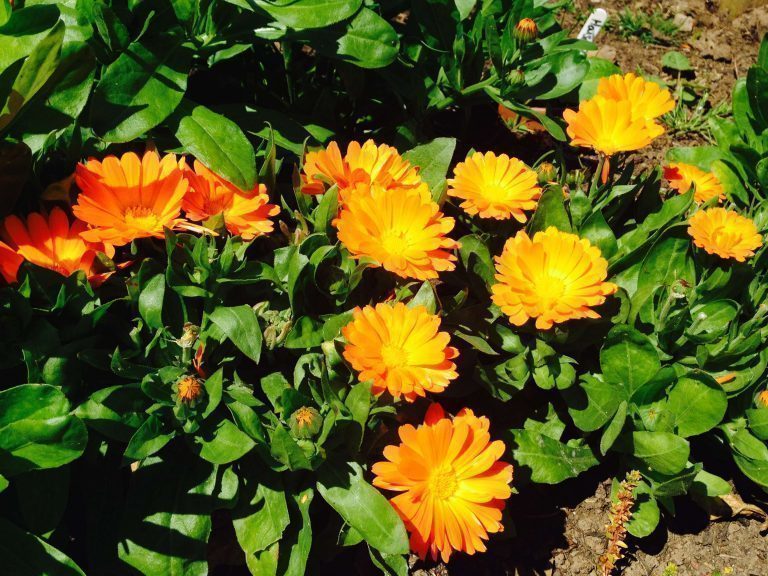 Identification: small annuals growing to about 45cm high, with branching stems of simple, alternate leaves. They produce lots of large flowers in various shades of oranges and yellows, with silky looking petals.

Growing: Calendula is a hardy annual, which is very easy to grow in any soil. Sow in April, and once germinated they don’t require any other care than to thin them out if too close. One plant will produce many flowers and seeds, and can easily self-seed.

Energetics: Warming, and both drying and moistening in different situations.

History and Folklore: An all-round useful plant, Marigold has been known to be a garden flower, a medicinal herb and a pot ingredient for centuries: In a 1578 herbal Dodoens-Lyte wrote,

“It hath pleasant, bright and shining yellow flowers, the which do close at the setting down of the sunne, and do spread and open againe at the sunne rising”

The petals of Marigolds were grown in kitchen gardens to add the flowers to broth, said to comfort the heart and spirits.

Peasants in Europe used to drink soups with added Marigold flowers throughout the autumn and winter to protect against ‘wind and chill’, as an immune tonic.

Contra-indications: some suggest Calendula shouldn’t be taken internally during pregnancy