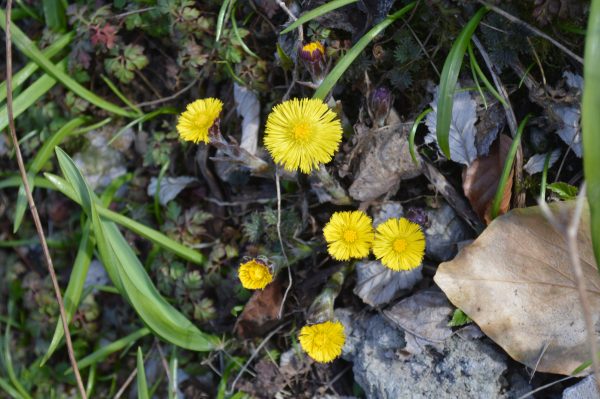 Spring is an incredibly important time for plants, animals and humans alike. Historically, before our current climate of trade globalisation where we import fresh greens out of season from around the world, winter in Northern climates was a time of limited nutrition. People would have only been able to eat what they could grow, or had carefully preserved from the previous year to get them through the winter. Typically, the root vegetables that are available during the colder months are rich in starch, but lacking in the kind of vitamins and minerals found in green, leafy plants.

Spring plants then are a great source of much needed nutrition, and were known in folk medicine as spring tonics for a long time. Spring plants are essential for animals too, and the concoctions made at this time of year have been called ‘Wild Bear’s Medicine’ by some who watched bears wake from hibernation and forage for greens at this time of year. A common spring plant, Wild Garlic, is named after the bears who feed on it, Allium ursinum – meaning Bear’s Garlic.

I went foraging last weekend to see what was growing, and was delighted to find a lot of edible and medicinal plants sprouting away.

With high levels of vitamin A, C, iron and protein, nettles make a nutritious addition to any meal.

Medicinally, they are also used as a nourishing, detoxifying and anti-inflammatory remedy for conditions like arthritis and hay fever. 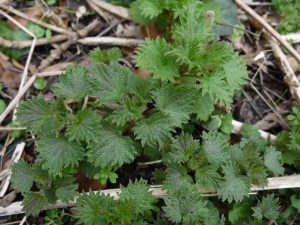 Appearing in early spring and spreading rapidly, Sticky Willie is an excellent spring tonic. It enhances the body’s own detoxification mechanisms and cleanses and purifies the blood. It is used by herbalists to support the immune system and for aid with weight loss. 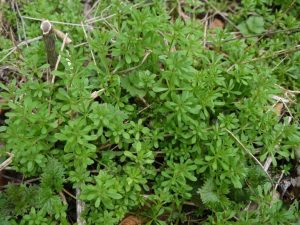 Ideal as a flavouring for those who like garlic, but prefer it in moderation, Garlic Mustard unsurprisingly tastes of garlic and mustard. It was also used traditionally as a decongestant remedy. 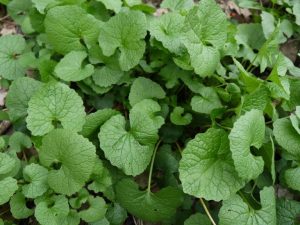 Comfrey is one of the best known herbs for healing wounds and mending broken bones. One of its traditional names is Knitbone, for its ability to knit bones back together again, and its large leaves were traditionally used instead of plaster casts.  It is also very nutritive, and soothing for the digestion and lungs. 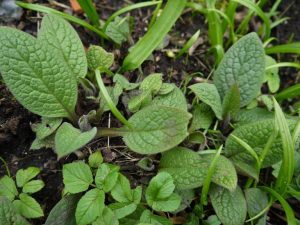 Wild Garlic is a delicious substitute for garlic or spring onion in all kinds of dishes. It also carries many similar medicinal properties to garlic, and so is a useful herb for supporting the immune system, helping the body to detox and reducing blood pressure. 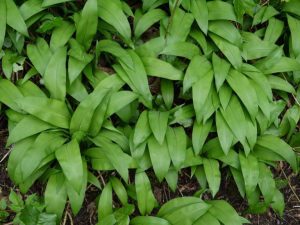 One of spring’s first flowering plants, Lesser Celandine is high in Vitamin C and used to be fed to scurvy patients. Some authors suggest that it is edible and can be added to dishes, but it does also contain some toxic compounds, so take care. Medicinally, it is a traditional remedy for haemorrhoids, and is also known by the name Pilewort. 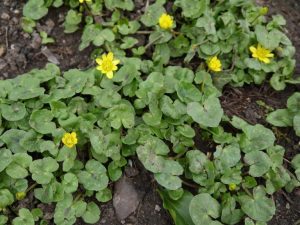 A delightful aromatic plant with the taste of aniseed, Sweet Cicely is used as a flavouring, and is also good for soothing the digestion. The seeds are particularly delicious. Beware that Sweet Cicely is in the carrot family, which is notoriously full of toxic plants. Some can be difficult to distinguish. Sweet Cicely has characteristic white patches on its leaves and smells distinctly like aniseed when crushed. 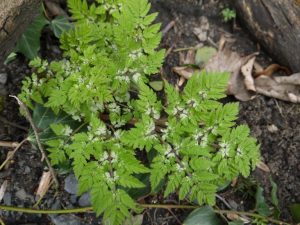